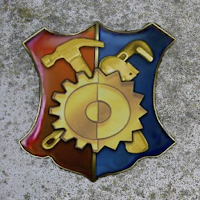 The Consulate of Europa Wulfenbach is pleased to invite you to its first Game Day! An exceptional 30-hours long day, by decree of Baron Klaus Wulfenbach, extending from January 29th, 12/noon to January 30th, 6pm. (All hours SLT time.)

This event is meant to bring the citizens from all over the Steamlands together, and warm them up with a flurry of activites. Most will be held in Clos Normand, others spreading over all Consulate buildings.

There between the opening and closing balls will be

Please look at the schedule below for more information on time, locations and rules when available. Some events require registrations, other you just show up; please check the rules of the events you would like to attend (when availabe).

(Updates of this notecards will be available at each Consulate buldings, and from the Consulate staff.)