Bookworm Hienrichs: I think we’ll get started now. And please excuse me if I fall silent – I may freeze up while talking.

Welcome to this month’s Aether Salon! Today, Lord Mayor Perryn Peterson of Mieville has come to give us some insights into the world of manners and etiquette. Also, please get your web browsers ready, as our speaker will be using web-based visual aids.

And now, to introduce our speaker. Lord Mayor Perryn Peterson has been in charge of the successful commercial city of Mieville for nearly six years. He teaches several classes weekly on a variety of topics, which makes him eminently suitable to instruct us free-wheeling Babbagers. *grin* He also runs the yearly Steam and Silk Road hunts, both of which are very popular. Please welcome our esteemed speaker!

Good afternoon/evening, everyone, it is an honour to join you today. A few short remarks before we begin the lecture proper. You will have noticed that it is extremely laggy here. Therefore please avail yourself of Miss Bookworm’s wearable chairs, remove all possible lag monsters you may be wearing, and be prepared to enjoy! This talk will be in TEXT, not voice. Please have a page of your browser ready as there will be piccies.

I would draw your attention to the sign at my right. It asks that you type “@” if you wish to ask a question or make a comment. A question will naturally end with “?” but if a comment please type “#” at the end so that we all know you have completed your remarks. Thank you.

And now… I am going to introduce you to the Etiquette of the Victorian Calling Card!

By the beginning of the 19th century, the etiquette of calling was a firmly established ritual in society, and the calling card an essential part of introductions, invitations and visits. There were hundreds of books, pamphlets and magazine articles with instructions for those not already in the know.

This particular example dates from the American Civil War. Calling cards evolved in England as a way for people to get into the elite social circle, and for those already there to keep out the unwanted. Calling cards could keep social aspirants at a distance until they could be properly screened.

Mingling with the Victorian elite, the aristocracy, was the social goal of the enterprising middle class. Desiring to introduce themselves to the aristocrats, the morning call became (with luck) one way to further one’s step up the ladder.

A lady’s card was larger than a gentleman’s, who had to fit his in his breast pocket. A lady’s card could be glazed, while her husband’s was not.

The engraving was in simple type, small and without flourishes, although script became far more elaborate as the century went on. A simple ‘Mr.’ Or ‘Mrs.’ before the name was sufficient, except in the case of acknowledgement of rank (Earl, Viscount, etc.).

Early Victorian cards bore only a person’s title and name, with the name of their house or district sometimes added. By the end of the century, the address was added to the card, and when applicable, a lady’s reception day.

During her husband’s lifetime, a married lady’s card should read “Mrs., John Doe”, and the prefix “Mrs.” must never be omitted. A widow’s card, however, should read “Mrs. Sarah Doe”. Young unmarried ladies must attach the prefix “Miss” to their names on their cards, and nicknames are never allowed. However, a few acceptable abbreviations such as “Wm.” for “William” (especially if a middle name) were occasionally used.

A mother with a daughter just entering society may share the same card with both names appearing: the mother’s on top; the daughter’s directly below. A young lady may have a card of her own after having been in society for one year.

Visiting card cases were made of a variety of materials, including silver, ivory and papier-mache. Their lids during the 1830s often depicted views of castles, such as Warwick or Winsdor. By the 1840s, after Queen Victoria’s purchase of Balmoral (an entire lecture in itself!) Scottish views became popular.

Victorians preferred ivory, tortoiseshell and woodwork. Because gold and other metals were expensive, only the wealthy could afford cases made of these substances. Victorian cards were larger than their earlier counterparts, so only a few were carried at a time.

A lady would start making calls as soon as she arrived in Town, to notify everyone that her family had arrived. She remained in her carriage while her groom took her card and handed it in.

The card was conveyed to the mistress of the house, who would then decide whether or not to receive the caller. If the mistress was ‘not at home’, it was a rejection of the visitor.

A reciprocal card could be given to the caller, but if not presented formally, that usually meant there was no desire to further the acquaintance. If, however, a formal call was returned with a formal call, there was hope for the relationship to grow.

Cards from visitors were placed on a silver salver in the entry hall–the more impressive names displayed on top. The trays had a pie-crust rim so the cards would not slip off. In less wealthy households, unimpressive china bowls were used to hold cards.

For a first call, one was wise to simply leave the card without inquiring as to whether or not the mistress was “at home”. She would then take the next step. A newcomer waited until she received cards from neighbours. It was then good manners to call on those neighbours who left cards.

By mid-century, a wife could leave her husband’s card for him. She left her own card, plus two of her husband’s–one for the mistress of the house, and one for the master. The names of grown-up daughters could be printed on her card when they accompanied her on a call as long as they were still living at home.

A turned-down corner indicated that the card had been delivered in person, rather than by a servant. Some elaborate cards had the words Visite, Felicitation, Affaires, and Adieu imprinted on the reverse side, on the corners. So whichever corner was turned up, one of those messages appeared and explained the reason for the visit. (And if you think *this* is complicated, it is as nothing compared to the Victorian “Language of Flowers”, another lecture of mine.) 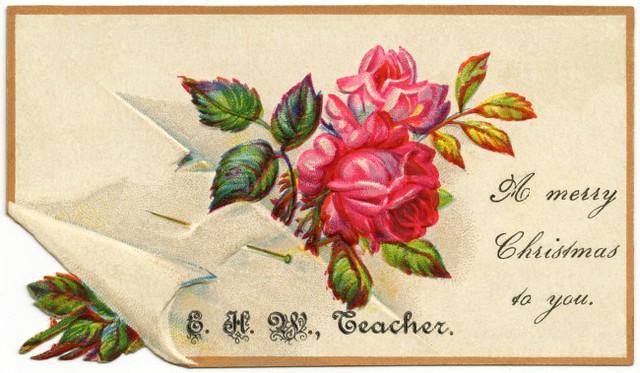 Calls should be made only on At Home days. Later in the era, days and times for these were engraved on visiting cards.

Formal calls were made following ceremonial events such as marriage or childbirth, and also as acknowledgement of hospitality. Calls for condolence and congratulations were made about a week after the event. If intimate, a visitor could ask for admission. If not, they inquired of the servant as to the person’s well-being.

Ceremonial visits were made the day after a ball, when it sufficed to simply leave a card. Calls were made within a day or two after a dinner party, and within a week of a small party.

Jaz Beverly: What if a lady wished to make a condolence or other call on another whose “at home” day was the same as her own?
Perryn Peterson: Bingo! First problem. Times were allocated for each type of call. ‘Morning calls’ were confusingly made in the afternoon. ‘Ceremonial calls’ were made between three and four o’clock, semi-ceremonial between four and five, and intimate calls between five and six–but never on Sunday, the day reserved for close friends and relatives. 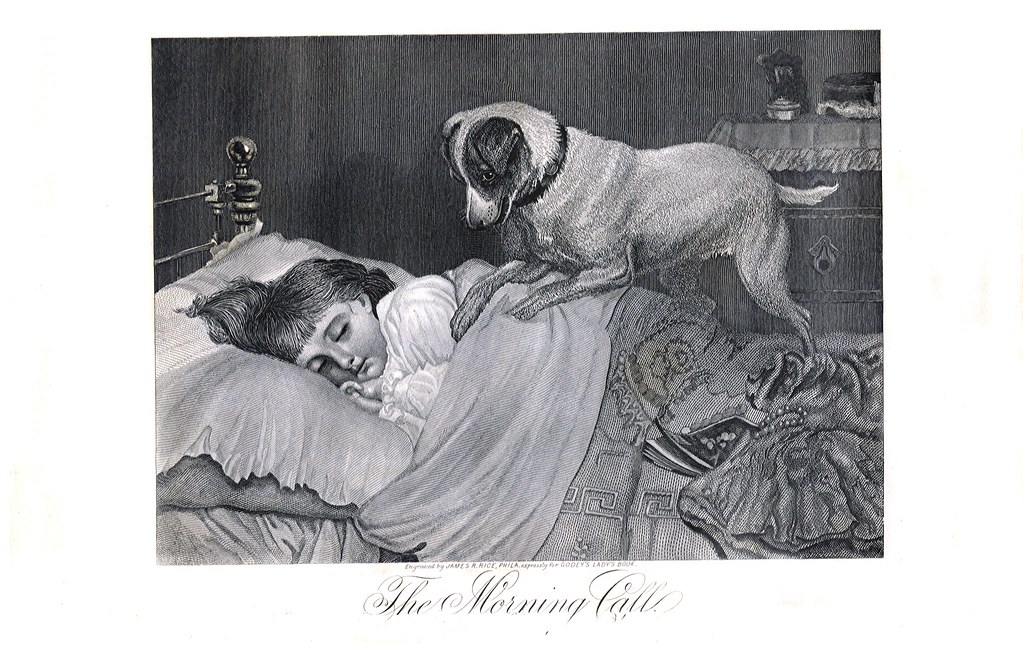 Visits were short, lasting from twenty to thirty minutes. If another caller arrived during a visit, the first caller left within a moment or two.

If a family was temporarily leaving the area, they wrote P.P.C. (pour prendre congé) on their cards when they called.

A call should be returned with a call, a card with a card, within one week, or at the most, ten days.

In short, without visiting or calling cards, it seems that Victorian society would have entirely fallen apart. One may be grateful for indoor plumbing and other modern conveniences, but we must mourn the falling away of this mannerly tradition.

And that, ladies and gentlemen, brings us to time for questions/comments, predictions about the weather, as you wish.

Bookworm Hienrichs: Thank you for coming! Please be sure to join us next month, when I do believe the Boiler Elf will be… gracing us with his presence again!